In ancient times, Go stones were made from wood or rock, and even from gem later on.  Japanese people began making Go stones from natural shell after the Meiji Era, in the late 19th century. At that time, people mainly used Kuwana Clamshell that was dug out in Mikawa area in Aichi Prefecture, then brought to Osaka and processed into Go stones. Clamshell Go stones produced in Osaka was so popular at that time that they were called Japan’s No. 1 Go stones.  Gradually, however, the amount of available clamshells began decreasing in Mikawa Area. Mr. Kohichiro ISHIBASHI, the owner of an Osaka Go manufacturing company, heard an interesting story from one drug seller who was visiting Hyuga area in Toyama Prefecture. The drug seller told Mr. ISHIBASHI that he came across big white clamshells scattered around the beach in Hyuga (present Hyuga City). The owner came up with the good idea that this clamshell could be appropriate material to make Go stone and dispatched Mr. Motojiro MORI, the head clerk of his company, to go to Hyuga and to find this kind of clamshell. As soon as Mr. Mori arrived at Okuraga-hama beach in Hyuga, he saw a number of big and white clamshells scattered around the beach that he had never seen before. He spent almost all day to collect them. A large number of Hyuga clamshells were delivered from Mr. Mori in Hyuga to Mr. Ishibashi in Osaka almost every day and the volume increased every day. So Mr. Ishibashi started to resell Hyuga clamshells to other Go stone manufacturers as raw material. Mr. Ishibashi was a great pioneer in making Go stones from natural clamshells and he put Hyuga clamshell on the Japanese market for the first time. During that period, Go stones made from such clamshells were a special product found only in Osaka and they quickly became very famous and known as under the brand name of “the Go stones of the highest quality”. 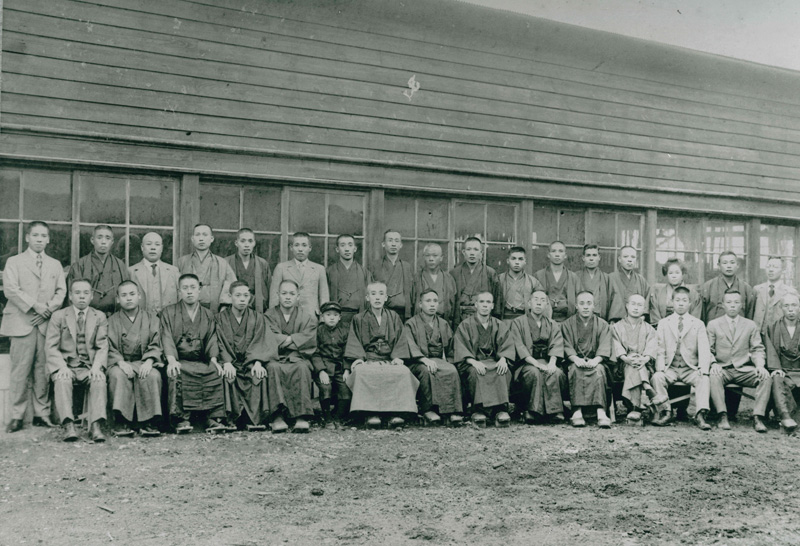 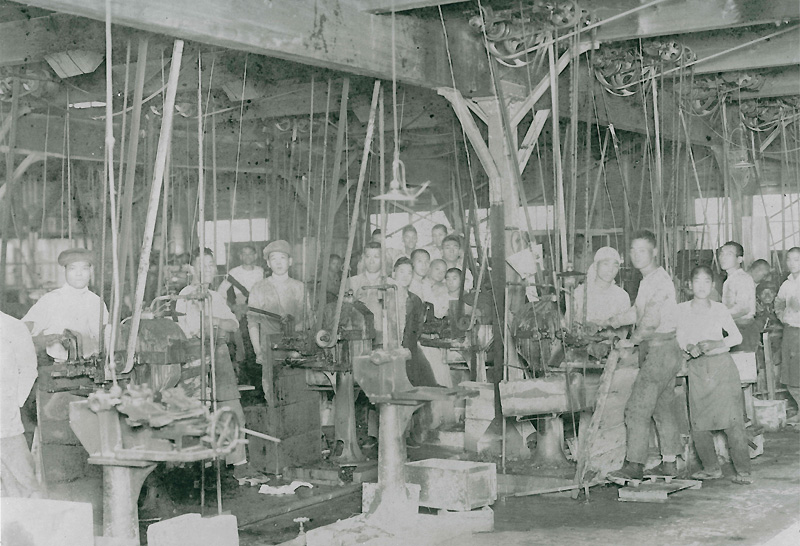 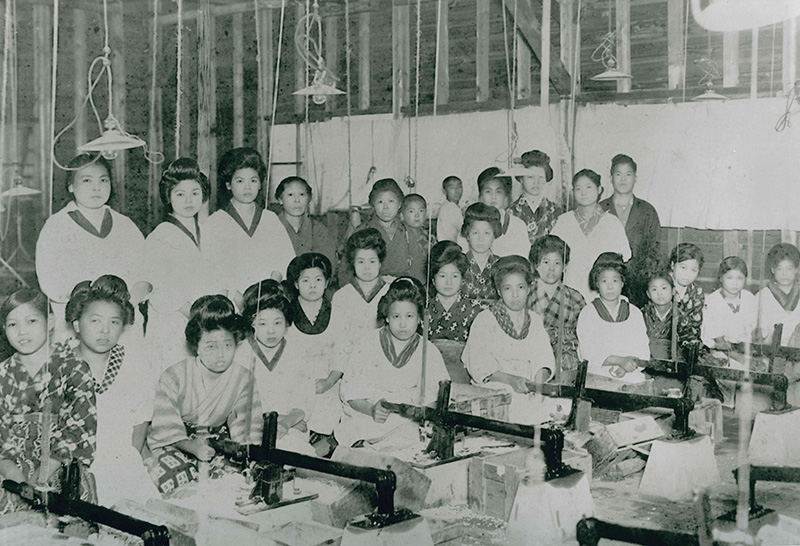 Mr. Seikichi HARADA, who was born and grew up in Hyuga, insisted that “all clamshells dug out in  Hyuga must be processed into Go stones in our hometown”. He went over to Osaka and followed a very hard training to be a professional craftsman for clamshell Go stones. Several years later, he mastered this special skill and happily returned to his hometown Hyuga. In 1908, he began producing Go stones in his home town using natural local clamshells. 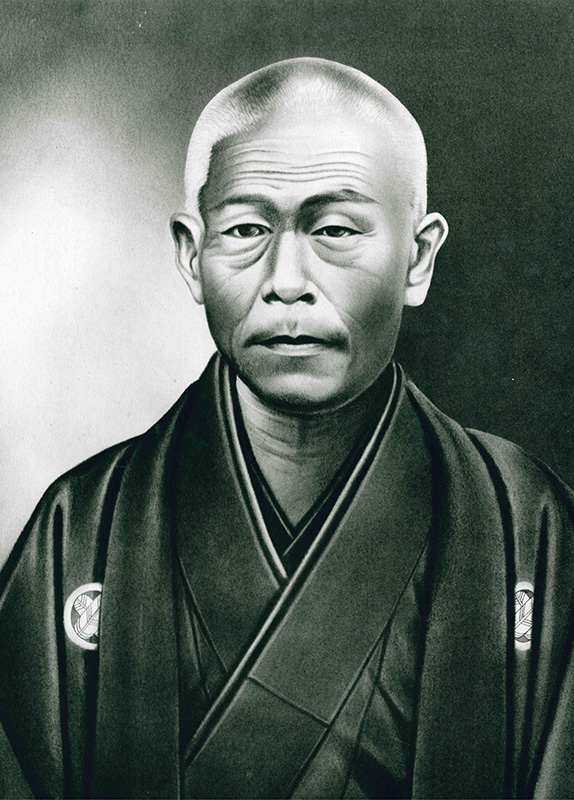 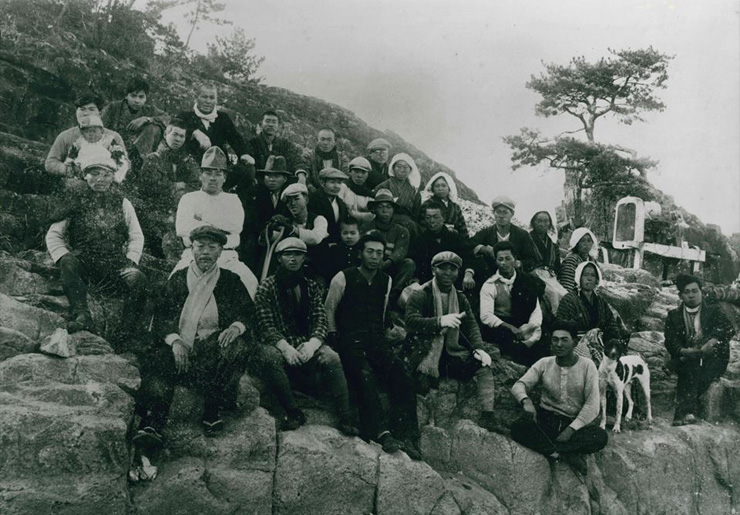 These photos were taken at Okuraga-hama beach in the 1930’s, when people dug out natural clamshells. 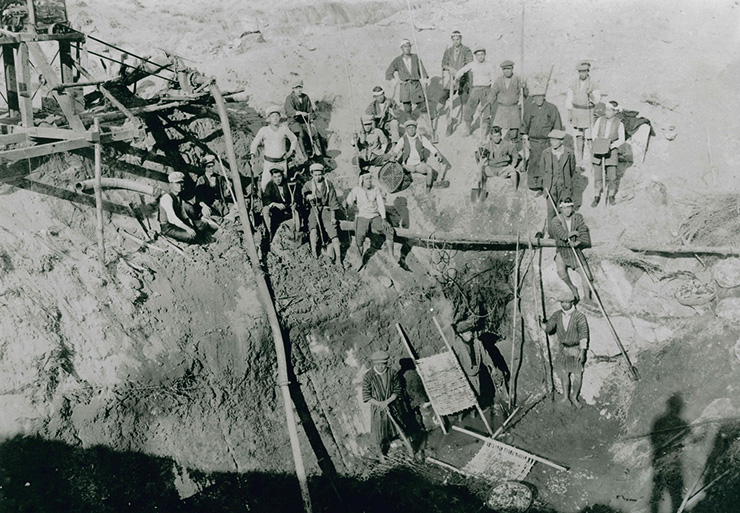 These photos were taken at Okuraga-hama beach in the 1930’s, when people dug out natural clamshells.

Today, Go stones are made from various raw materials, such as rock, glass, plastic, gem and so forth. All of these materials cannot surpass clamshells because of its beautiful natural stripes and clear sound. Especially, the “Hyuga Clamshell Go Stones” are regarded as being of the highest quality as they are totally handmade products. Because of our original production process, customers can enjoy every aspect of these highest quality stones, such as high-end feeling, beautiful appearance, smooth texture, clear snapping sound, sound resonance. Those are all specific features of natural and handmade products. Today, most clamshells are depleted and can no longer be found on the beach in Hyuga. “Hyuga Clamshell Go Stones” will be truly “Legendary Go Stones” in the near future. 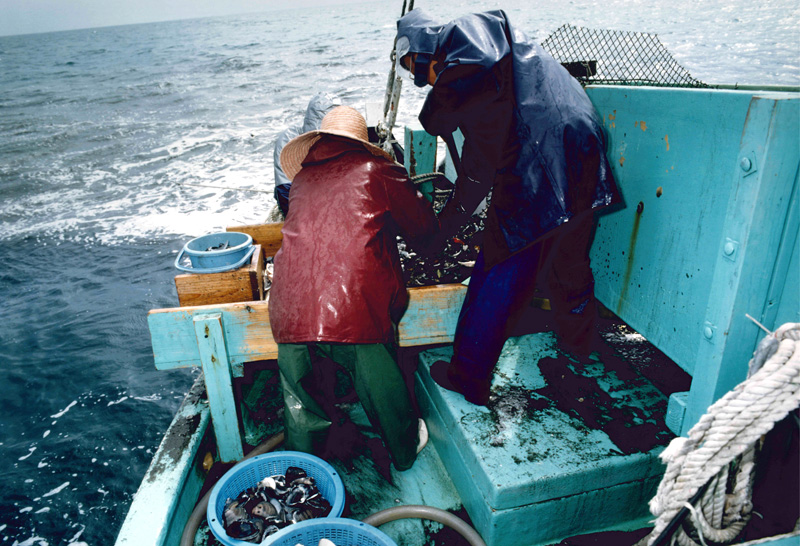 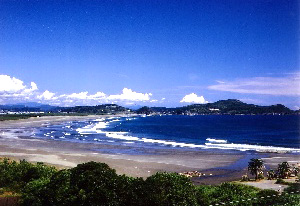 Clamshells are cut out in round shapes. In order to get the most beautiful stripes and adequate thickness, we need to verify carefully how and where to cut out the best parts. 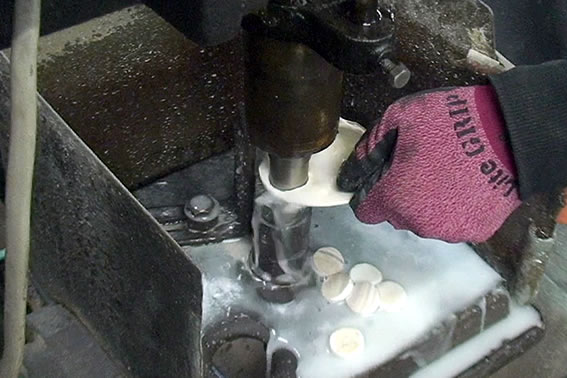 Cut-out clamshells are sorted by their thickness. The thicker the shells are, the more valuable they become. In order to produce as many thick Go stones as possible, we measure precisely the thickness of cut-out shells to minimize the amount of thickness that has to be polished in the next step.

Our tailor-made measuring machine can handle various thicknesses and sort out too thin or too thick shells. To ensure an efficient polishing process, it is essential for us to group together stones with the same thickness before going ahead with the face polishing process. 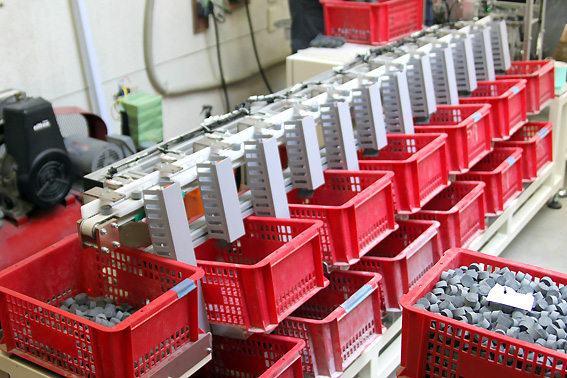 Clamshells with the same thickness are polished side by side to form the shape of Go stones. As natural clamshells are not heat resistant, we pour water on the surface of the grinder to cool it down, which is an essential step to form a precisely curved shape. This face-polishing process is one of the most difficult steps in our workshop and requires not only the highest level of expertise but also a long experience as traditional craftsman. Our Go stone shapes are strictly standardized and compared with our venerable Master Stones. Only Go stones that satisfy our quality standard are allowed to be put on the market. 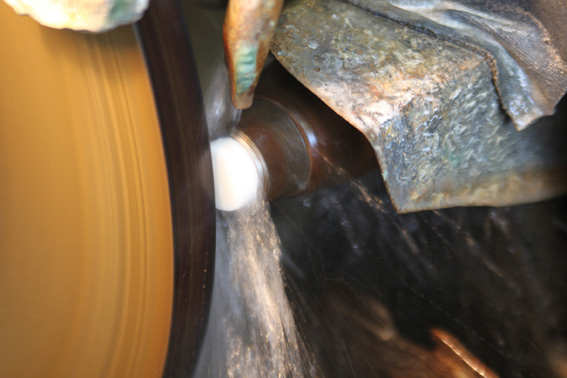 White Go stones are classified based on their snow-like pure milky white color. However, as they are made from natural clamshells, Go stones do not have yet a totally white color at this stage. So we need to use a bleaching agent to decolorize all natural stains and shades in order to make these clamshell as white as possible. After being soaked in a bleaching agent, Go stones are dried under the sun. We repeat this process over and over again until we get pure a white milky color on their surface. This usually takes one to two months as this process is affected by various conditions such as weather, temperature and humidity. 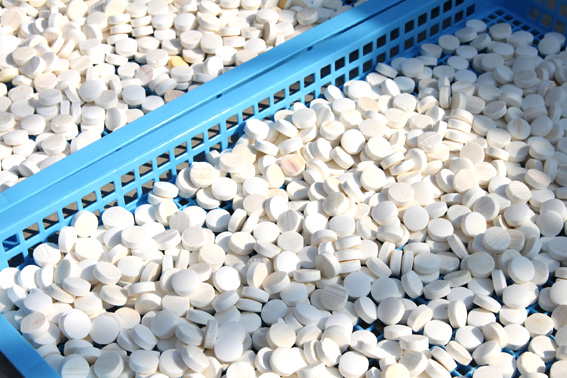 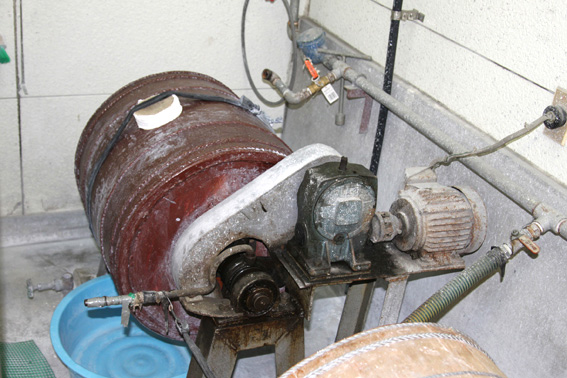 After the barrel polishing process, every stone is visually inspected and we adopt a two-stage inspection system for classifying our Go stones into three different grades. At the first stage of inspection, we check carefully for the presence of scratches and flaws, as well as color, shape and thickness of Mimi (rim) and sort out rejected stones. In the second stage, we classify all the stones according to the beauty and design of stripes as well as the purity of their milky color.

We believe that our quality standards are the strictest in the world. It is our great privilege and honor to provide our products to Go players and Go lovers not only in Japan but also all over the world. 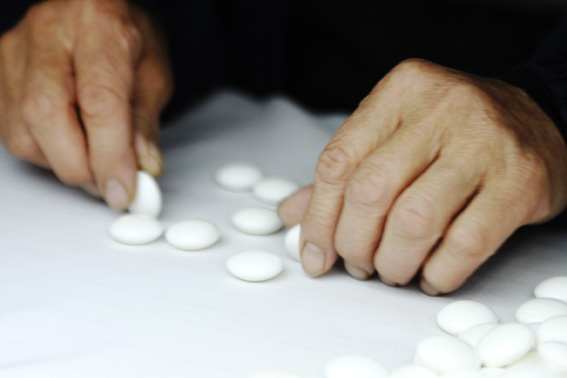