These beautiful Go board and bowls are decorated with Maki-e, Japanese lacquer work sprinkled with gold powder. The iconic figures depicted on the sides of the board and bowls represent the crest of a noble family with crossing falcon feathers.

The same family crest is used by many notable Samurai families in Japan, such as Asano-takumi-no-kami, who triggered a series of incidents retold in a story known as Chūshingura  (The Treasury of Loyal Retainers), one of the favorite themes of kabuki, jōruri, and Japanese books and films, as well as Mr. Saigo Takamori, who was one of the most influential Samurai in Japanese history, living during the late Edo Period and early Meiji Era. We, the Kuroki Family, use the same family crest, too.

This is an very old board without any degradation caused by aging. That is why this classic Go board is highly valued as vintage antique goods. The technique of this board is called ‘Kin-Taka- Maki-e‘ (embossed Maki-e). It requires a high level of artistic technique that uses lots of gold powder that are placed very carefully on a lacquered foundation. The craftsman who was capable of this elaborate work using his artistic sense had to be a great artist. A Go board and Go bowls with similar designs are exhibited at the Smithsonian Museum in the U.S., are highly appreciated by international visitors and are very popular. 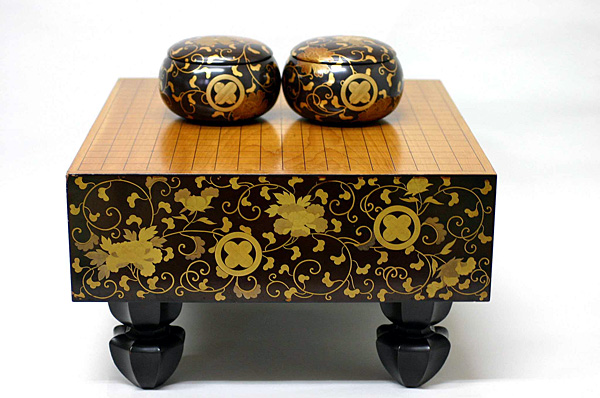 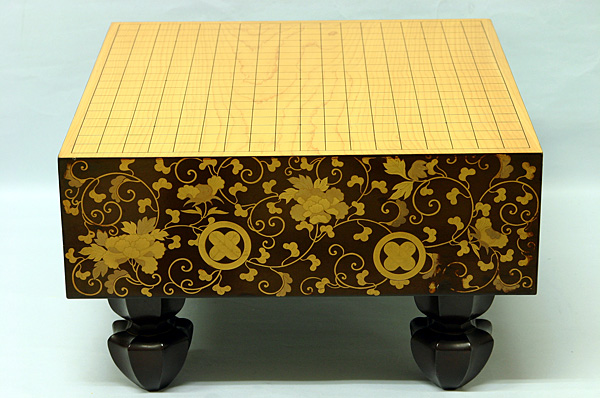 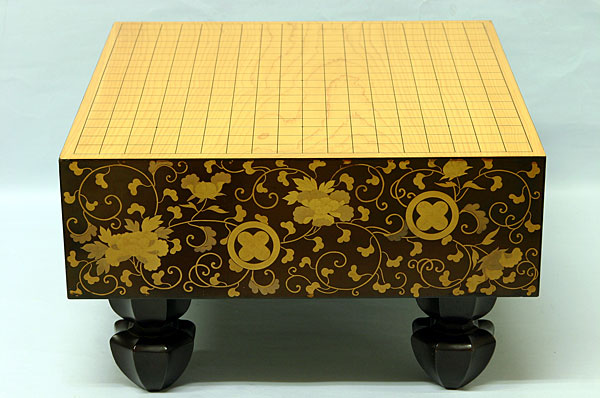 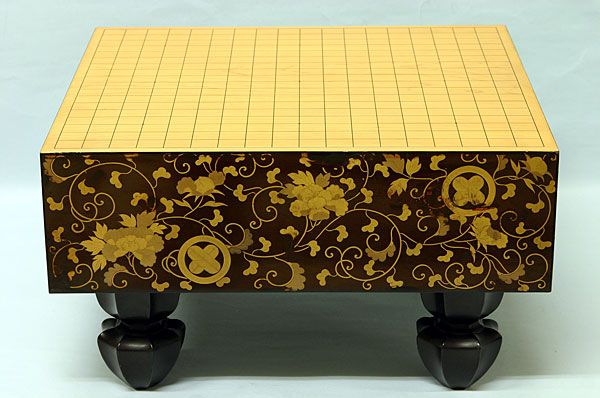 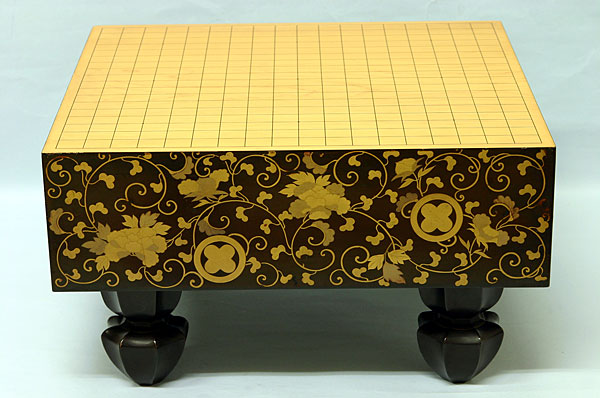 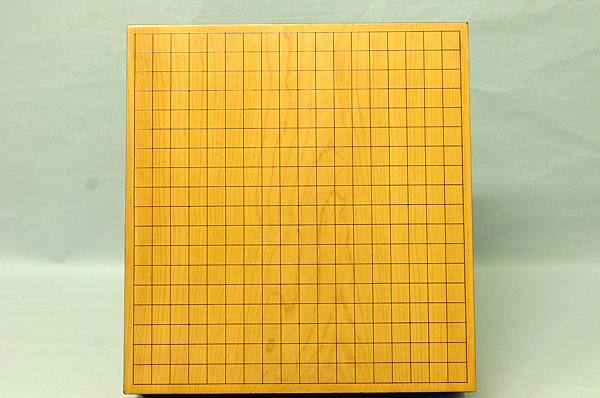 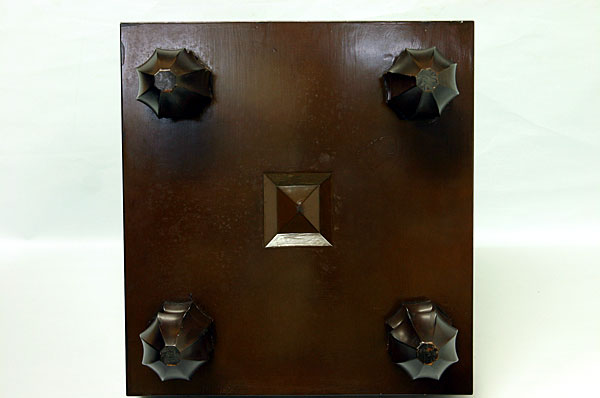 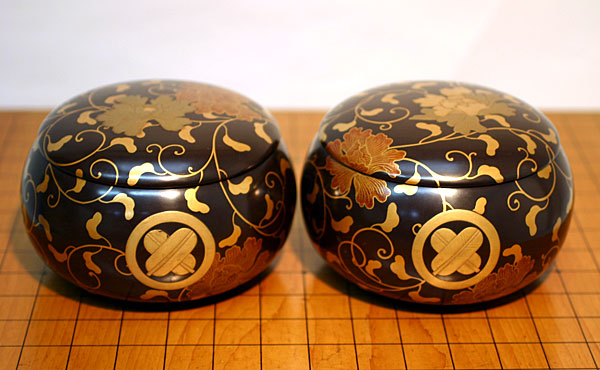 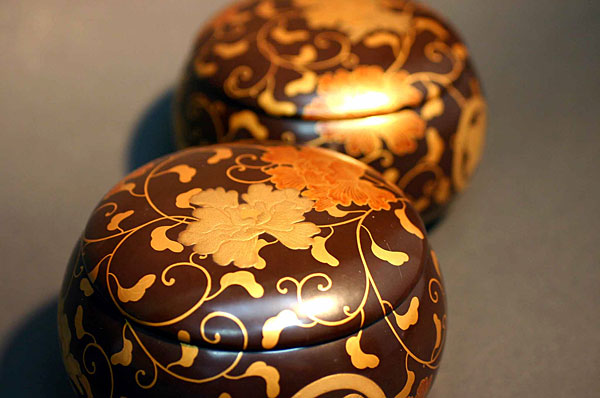 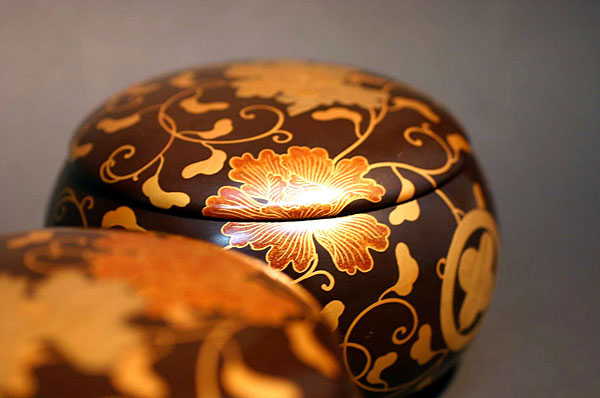 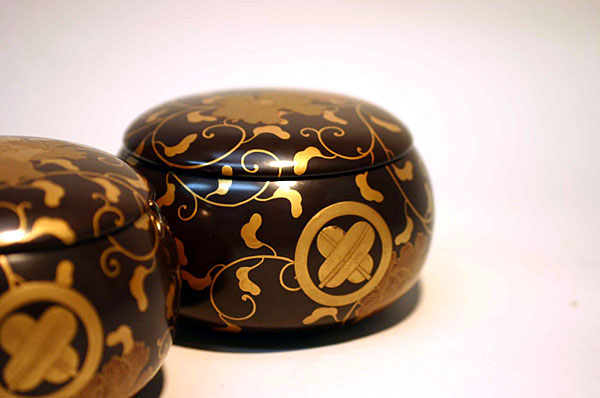 For your information, the picture below shows the Go board on which Hideyoshi TOYOTOMI and Ieyasu TOKUGAWA, two great Shoguns, played Go games together. The Go bowl on the left wears Aoi Mon (the hollyhock family crest of TOKUGAWA family), and the one on the right side wears Go-Shichi-no-Kiri crest (five-seven paulownia, which is the family crest of the TOYOTOMI family).

Go Board with Raden Lacquer Works